There are soooo many movies coming out this year~
that I need to emphasize on the sooo.

There was a giveaway hop for the books to movies
and I'm advertising it a bit too late, since it literally just ended.
You can find the hop HERE.

So this post is an update of more upcoming movies~
Or movies that came out the 2nd part of the 2014.
You can find my post about 2014 movies HERE.

Okay. I haven't watched this one yet.
I don't think The Giver was as big of a blast as the others ones coming out. No one was really talking about it as much.

Maybe I'll decide to give this one a watch.
And Taylor Swift's in it. Haha. I don't know what to make of that.

For those who did watch it though, what did you think?

This one garnered a bit of attention.
I haven't watched this one yet either.
I'm a bit behind in my movie-watching schedule.

I recently just found out the girl is Chloe Moretz.
From the Teen Vogue magazine.
Okay...#random

What else can I say?
I thought the guy wasn't that attractive.
So if I do watch it, I hope they're acting is really good.

For those who did watch it, what did you guys think?

This movie was already mentioned in the first post.
But that was because I was super excited for this one to come out~
The book was a fun read.
And BAE's in it~ :)
I'm talking about
DYLAN O'BRIEN.

Okay. So I did watch this one.
Kind of.
And well, I'll try to post the movie review later.

But yeah, action packed. AND I LOVE THE MAZE. I think it's like the best part of the movie. Besides seeing Dylan of course.

If you also saw The Maze Runner, what ya think?

This one isn't a YA book, but it was mentioned a lot by bloggers and normal people alike.
Not trying to offend anyone. I meant normal people as in people who aren't as crazy about books as us. We're unique, not normal~

I actually read the book waay back in 7th grade and had absolutely no idea or interest to it.
Maybe because it was for a more mature audience.
And I liked romance. Not breakups and problems.

So of course, I didn't watch it yet.
Apparently, it just came out this month!
Wow! I'm really behind.

Did any of you guys watch this one?

Can you believe it?
It's coming out in like a month!
Catching Fire was great, so I really hope Mockingjay really lives up to my expectations. :)

There are some books that I didn't know became movies.

I did watch the trailer though. Haha.
And the cover of Beyonce's song was pretty good.
Otherwise, I don't think I'm watching it. 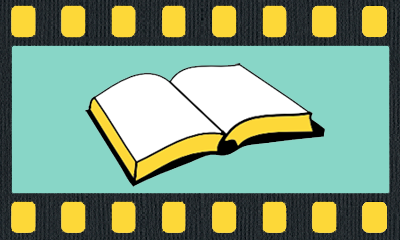 What are some books to movies YOU'RE excited for?
~Posted by Unknown at 8:17 PM