Update on The One by Kiera Cass + The Guard novella

I KNOW THERE ARE THE SELECTION FANS OUT THERE! FORREAL THO. THE SELECTION IS TOO FAB FOR WORDS FOR THOSE WHO HAVEN'T READ IT YET.

These are the first two book to the series. Fab Fab Fab cover right? Well, the plot and story gets even better. The romance? Well, a little messy. Cuz there's that love-triangle. I'm rooting for Maxon ALL THE WAY.

Ya'll know about The Prince right? 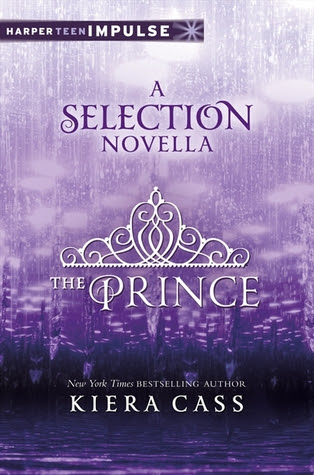 Yeah. That one right there! The Selection #0.5 novella? The one in Maxon POV? Yeah? Well, anyways Kiera Cass is making another of those novellas. But this time, it's called The Guard!! :D

I think you know what that means~ *wiggles eyebrows. Time for Aspen. Despite at first, I really didn't like Aspen, in the second book, I didn't despise him as much. Doesn't mean I like him though. Doesn't mean I prefer him over Maxon.

And sadly, though, the author ships Asperica alot. :'( I hope she makes her end up with Maxon though. If she ended up with Aspen, I'm going to officially hate this series. Unless, of course, if Kiera finds a reason for me to like Aspen. Like he's actually the secret prince. Omg. Or if Maxon died. Or else.....

The Guard:
The Guard is going to be a The Selection #2.5 novella and it's going to come out on Feburary 4th, 2014! :D Or of course, you can wait for The Selection Stories: The Prince and The Guard, which is probably coming out around then also.

There's no cover for The Guard yet. So...:( no cover to share. From Kiera's blog, we learned that The Guard would be about Aspen POV duhhh and it's gonna take place during parts of The Elite. :D :D Okay. I hope we'll get to learn more about Aspen. And I hope I'll like Aspen better. Better. Just better. Not more than Maxon. :) Just better. I really don't want to hate Maxon. LOL.

I think that's it to my news. Stay tuned ya'll. Oh yeah, and here's Kiera Cass's website, so you can check out even more stuff! :D www.kieracass.com But then, she's not updating as often. :( So don't be disappointed.

**credits to Kiera's Blog for the info.