Yee. My super fangurl side coming out. I must say, the director of this movie was pretty good. And even better. THE 'JACE' IN THE MOVIE DIDN'T MAKE ME DISLIKE HIM. AT ALL. LIKE I THOUGHT I WOULDN'T LIKE THE MOVIE VERY MUCH. Just because. And then I freakin loved it.

OF COURSE, my traitor friend watched it the first time without me, but I can't blame her for it. I watched this  on August 24th, 2013. And this post comes out about 2 and half weeks later, because post is scheduled. LOL.

BUT YEAH. IF YOU HAVEN'T WATCHED IT, I HOPE IT'S NOT TOO LATE TO WATCH IT YET! :) The DVD comes out somewhere between November and December. I'm definitely buying that movie. Yeah. It's how good it is.

Omg. Sadly though, I found TMI even better than the Percy Jackson movie. But nothing's better than Logan Lerman's face. Gosh. But like Jace was sooo freakin hot. aahh. Like just that cape thing made him hot. Omg. Omg. I usually mind British accents. But then I didn't care about Jamie's accent. And MAGNUS BANE! DON'T EVEN GET ME STARTED ABOUT MAGNUS. OMG. Okay. Okay. I think I should start talking about the characters now.

So as ya'll may know, I wasn't really ecstatic about Jamie playing Jace at first. Just cuz. I felt like Jace wasn't like Jamie. I got the sense from the book that Jace was of the golden boy. With short hair. Even though it may have been long and shaggy. I really don't go for shaggy looks. Like forreal. But then Jamie though. Kind of changed it. He acted really good.

Either way, Jace Wayland was pretty fulfilled by Jamie. Except the movie Jace wasn't as cocky as the book Jace, that talked more. The movie Jace was definitely more mysterious though. And was hotter than I expected in the book. Whooppeee. As long as the guy character is good, the movie is good. LOL.

Although I did say Jamie is so freakin hot in the movie, I don't really know what I'll think of him outside the movie. Like Jamie is really funny and outgoing but then Logan is still my fav. Sorry, Jamie. But then, like I'll forever fandom Jamie and The Mortal Instruments. Cuz he made like the freakin best Jace ever

Okay. I spent the last few paragraphs basically repeating everything, so I'll try to make this shorter. Lily. Hmmm. She was a good actress and all. And cool. I think she fulfilled a Clary very well. She acted very well indeed. AND CLARY AND JACE IN THE MOVIE WAS LIKE PERFECTION.

:) I actually liked the female character. So whoppeee, more success to the movie~

Okay. Simon was hot in the movie. Yes. Yes, he was. But real life, I don't like his afro. But either way, I liked Simon. He was funny. But we didn't get to him transform to a vampire or anything. So. Yeah. But Simon was coolio. :)

He was a bit of a cock blocker, but then I enjoyed him being there. :) 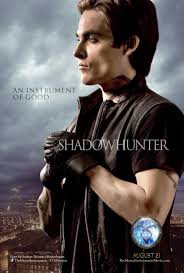 Alec was cool. I mean, I really did like Alec. I felt like he sort completed the story. Alec would be someone that reminds you of home. Like a home sort of feeling and atmosphere.

I dunno. Even though he didn't like Clary, I liked him being there for Jace and everything. Yeah.

Kevin Zegers looks really old in real life, even though he's not. But either way, he has the hotness vibes. 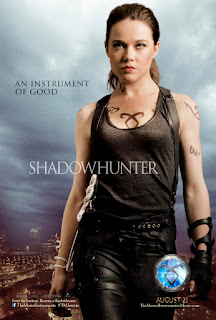 Omg. YOu GO, GURL. Isabelle is so hot in the movie. Like amazing. She's like the take-charge hot woman warrior, yet sexy at the same time. Gee. If I was a shadowhunter, I would totally treat her as a saint. Omg. PERFECT. Like if Clary had her personalities, she would had been on fire.

I like Clary as she is though. And we need a character like Isabelle. :) Yes. I thought Isabelle was okay in the book. But in the movie, Isabelle protected Simon a lot. And liked saved people's lives. And just like, she's cool. 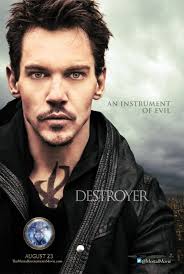 Valentine wasn't as ugly as I thought he should be.
Because he's the bad guy. He should be ugly. And there wasn't any hot descriptions of him in the book.

But either way, I was actually surprised that Valentine wasn't ugly. I mean. Yeah. He is hot. But isn't like JACE HOT. OR like my definition of hot. But you can certainly describe him as hot.

I'm just confusing myself. Anyways, I think Jonathon did a pretty good job, even though he didn't really show up much till the end. 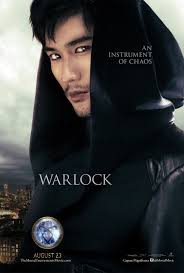 Can't believe I almost forgot about him. Like him. Omg. Magnus Bane was sooooo hot in the movie. And just plain hilarious. Magnus wasn't the mysterious Jace hot. He was the sassy hot. Yeah.

Godfrey's makeup though. Just shows us what Magnus Bane is like. And Magnus is really funny. He most definitely perked the movie up. Not saying other things didn't. But yeah. That was one damn sassy Warlock though.

Yeah. Finally. Finished with characters. Since I talked like soo much. SOOO MUCH. I might as well end it.

One more thing though. The ending, hmmm was pretty good. IT WOULD HAVE BEEN BETTER THOUGH IF THE MOTORCYCLE FLEW. BUT I liked it anyways. :) And I really need to mention that kiss scene. Woah.

I mean, I'm not a perv or anything, but that kiss scene was so freakin sexy. LOL. And CUTE. I can't believe Jamie and Lily had already broken up filming that. They should totes go back together.

Weeee~ Yeah. FANDOM with me guys~ If you have time, I can still fandom for a long long time. LOL. :)
~Posted by Unknown at 3:00 AM