Goodreads Summary: Red-hot author Miranda Kenneally hits one out of the park in this return to Catching Jordan's Hundred Oaks High.
After her family's scandal rocks their conservative small town, 17-year-old Parker Shelton goes overboard trying to prove that she won't turn out like her mother: a lesbian. The all-star third-baseman quits the softball team, drops 20 pounds and starts making out with guys--a lot. But hitting on the hot new assistant baseball coach might be taking it a step too far...especially when he starts flirting back.

Cindy's Review: Like I said last time, I really enjoyed Catching Jordan. See. Even though they tell you not to judge a book by its cover, my judging is still good. I love Catching Jordan's cover. Like a normal reader, I couldn't wait to get my hands on Stealing Parker. When I saw that giveaway, I was like OMG!!! And then, the San Leandro Public Library had a Teen Read Week and ohmygawd!!! Those free books!!! Yeah. The Book Haul. And there was Stealing Parker sitting right there!! OMG. Yep. So I got my own paperback version. ;) Mhhmmm. Best day out of the whole month so far!!! LOL.

So this book starts off at the same setting as Catching Jordan. Hundred Oaks High School. Instead of being all about football, this book's characters focuses more on baseball and softball.  Parker is a 17 year old whose mother left her dad, her brother, Ryan, and her for Theresa. Parker has a hard year. People judge her by her mother. So to resolve that she isn't lesbian, Parker goes around dating guys and everything. Then, she finds the co- baseball coach, who is six years older than her, flirting with her, she starts to like him. I'm like, ewww. No. He's six years older than you! Je3ez. There's better guys out there!

At first, I wanted Parker to end up with her best friend, Drew, but when Drew likes another person (I"m not telling who. I'm keeping his secret. ;), I decided. Nope. I'm changing it to Will! As long as it's not that baseball coach, Brian. One thing I like is that how the characters from Catching Jordan is in it. Sam Henry is also in baseball. I know him better as Henry. LOL. I thought Henry was in football though. I guess football season ended. We also get a glimpse of Ty saying hi. And Jordan is also in it, not acting all tomboy-ly, but actually girly.

If I had to choose between Catching Jordan and Stealing Parker, I think I like Catching Jordan better. It's just football seems so cool and everything. Like, my school has a football team and I know people in it. And my school doesn't have a baseball team. Softball is cool. I have friends in that. But I like how football has a quarterback. Like how volleyball has a captain. Omg. I'm totally trying out for volleyball this year. Does softball even have a captain? LOL. Yep. So I can't wait till another one of Miranda Kenneally's book come out.

Quotes:
I'm like finally doing some quotes after some time. I haven't been doing them lately because I'm just plain lazy and yaknoe, I'm also kinda busy.

"A year ago January, she divorced my dad, and I divorced her dreams of me playing softball for Hundred Oaks."
It sounds like she's giving up. But I guess would too.

"Brian & Parker sounds like a law firm. Parker & Brian sounds like a pharmaceutical company. "
LOL. I like her humor. But Ew. No. Parker & Will sounds perfect for each other!

"Parker Shelton, Sinner Extraordinaire."
Parker seems like a real cool person to hang out with omg. 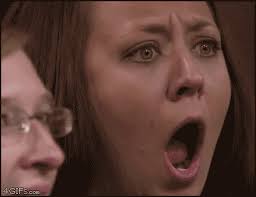 "It's like he's having a love affair with his clipboard."

"Dear God...will you please give my story a happy ending." 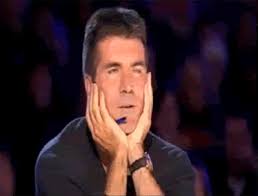 There was like these vocabulary words that got me stumped. I had to use the dictionary. Omg.

1. ventriloquist
ven·tril·o·quist/venˈtriləkwist/
Noun:
A person who can speak or utter sounds so that they seem to come from somewhere else, esp. an entertainer who makes their voice appear..

2.  voluptous
vo·lup·tu·ous/vəˈləpCHo͞oəs/
Adjective:
Of, relating to, or characterized by luxury or sensual pleasure.
(of a woman) Curvaceous and sexually attractive.

3. narcolepsy
nar·co·lep·sy/ˈnärkəˌlepsē/
Noun:
A condition characterized by an extreme tendency to fall asleep whenever in relaxing surroundings.

4. valedictorian
val·e·dic·to·ri·an/ˌvaləˌdikˈtôrēən/
Noun:
A student, typically having the highest academic achievements of the class, who delivers the valedictory at a graduation ceremony.

5. capricious
ca·pri·cious/kəˈpriSHəs/
Adjective:
Given to sudden and unaccountable changes of mood or behavior.

7. euphemism
eu·phe·mism/ˈyo͞ofəˌmizəm/
Noun:
A mild or indirect word or expression for one too harsh or blunt when referring to something unpleasant or embarrassing.

8. polenta
po·len·ta/pōˈlentə/
Noun:
Cornmeal as used in Italian cooking.
A paste or dough made from cornmeal.

9. poignant
poign·ant/ˈpoinyənt/
Adjective:
Evoking a keen sense of sadness or regret: "a poignant reminder".
Keenly felt: "the sensation was most poignant in winter".

There is like way more, but these are the top ten. I must admit, these are some pretty good vocabulary words.