Book Review: From Willa, With Love by Coleen Murtagh Paratore

Goodreads Summary: It's August on Cape Cod and Willa has a lot to look forward to. Soon, JFK will return home from baseball camp, and Willa has an idea for an exciting new project that will challenge her to dream big! But life throws Willa some unexpected twists and turns: Ruby has bad news, a beloved friend leaves, a dear friend returns, her brother Will has something he does't want to talk about, and of course, there's a wedding to plan! There's also a cute boy who likes Willa . . . a lot, and Willa thinks she might like him too. It's a summer full of romance and surprises!

Cindy's Review: In this book, we finally get to learn more about Will! Willa's long-lost brother. Will Havisham is Willa's half-brother from the same father, who lives in England. He's seems so cool. Okay. Let's use the right word. He seems so hot.

It continues on the summer of August, basically right after where Forget Me Not (The Wedding Planner's Daughter #4) left off. Will lives with Willa for like the rest of the summer and becomes a good brother to Willa.

Willa have this love-triangle problem. Since JFK went to baseball camp, Willa doesn't have her boyfriend around her. Her best friend, Marian is away at vacation. Her former friends are still her former friends. Her brother, Will is too busy hanging out with Tina. So who does Willa hang out with? Willa hangs out with Jessie, the drummer in this band thing. Apparently, he likes her, and Willa feels like she likes him too. NOOOO. JFK forever!!! Omg

It ended with a sort of cliffhanger. Like she pushes Jessie away when she learns that JFK is mad at her. I wanna read the sixth book!

" I think Salty Dog was Salty Cat in a former life."
Man, Willa has too much free time.

"What kind of name is Lorna Doone anyway? Cookie girl." 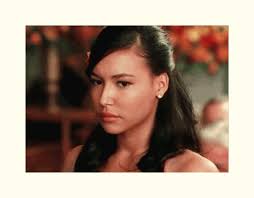 "Those girls are totally boy crazy. How can you like two boys at once?"
*cough cough Look whose talking...

"One hello, two good-byes."
I know who you're assuming right now. The love-triangle? It fits great, but there's more. ;)


per·en·ni·al/pəˈrenēəl/
Adjective:
Lasting or existing for a long or apparently infinite time; enduring.
Noun:
A perennial plant.
2. adamant
ad·a·mant/ˈadəmənt/
Adjective:
Refusing to be persuaded or to change one's mind.
Noun:
A legendary rock or mineral, formerly associated with diamond or lodestone.
Synonyms:
adjective.  firm - unyielding - inflexible - uncompromising - stiff
noun.  diamond
3. placid
plac·id/ˈplasid/
Adjective:
(of a person or animal) Not easily upset or excited.
(esp. of a place or stretch of water) Calm and peaceful, with little movement or activity.
4. chaise

A horse-drawn carriage for one or two people, typically one with an open top and two wheels.

There's not much vocab in this book, but it was a really good read. ;)