Movie Revew: The Fault in Our Stars

Synopsis: Hazel and Gus are two teenagers who share an acerbic wit, a disdain for the conventional, and a love that sweeps them on a journey. Their relationship is all the more miraculous given that Hazel's other constant companion is an oxygen tank, Gus jokes about his prosthetic leg, and they met and fell in love at a cancer support group.

Cast:
Augustus Waters - I think Ansel Elgort made a great Gus. The personality was perfect, just as charming as I thought Gus would be. Playing the funny, outgoing guy definitely suited him. His acting was pretty good also. Overall, Elgort did a swell job. And he's tall. :)

Hazel Grace - I love her character! She's so chill and hilarious. The "take pot" scene is unforgettable. John Green created such an 'alive' character even though she's suffering through an illness. Plus, Shailene Woodley is a marvelous actress. I did like her better with long hair though, but I'm glad she went all out to look like Hazel.

Isaac - Nat Wolff. That's his name. I thought he was pretty cute in the movie. Despite only being a side character, he played a significant role in the movie. I love the part where he was breaking Gus' trophies. :D And that egging part. Haha!

The parents - I'll bunch them all in one, because I really can't tell the difference anymore. They were so perfect! I would love to have parents like them, easy-going. But I guess they're chill about things because of their son/daughter's sickness. And I probably don't want cancer. Or actually. I know I don't want cancer. So I loved the characters. Moving on. Here's the slightly disappointed part.

I think the movie followed the book pretty well. They said everything straight from the book. And I'm not a complainer who likes to pick out every detail the movie missed or did wrong. I understand it has to be shorter and scenes had to be taken out.

I was really looking forward to seeing Hazel's best friend, whatever her name was. Christina? I think that was Divergent. And I didn't even spell her name right. Either way, I think Hazel's best friend spruced up things more, like fangirling over Gus. And discussing Gus' past. Also, it didn't make Hazel seem like an utter loner. It seemed like Hazel had no experience in making friends, whatever. The first friend she ever made since 13 was a boyfriend. This was the main thing I felt got left out. 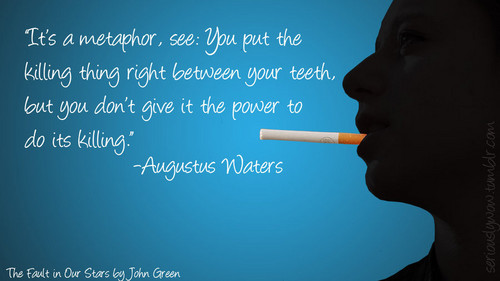 These other missing details were pointed out by my friend, Emma. I didn't even notice these parts or even remembered it. But considering that she read the books like 3 times, I guess that makes sense.

- Augustus' ex-girlfriends: Apparently, it will have made better drama to have these girls show up. Now that you mention it, I would love for them to show up and make Hazel a little jealous. Plus, it'll be nice to actually show Gus' popularity. It will make him seem a little more hotter. :)

- The ending (exact words): The exact words of Hazel were supposed to 'I will, Gus' or something like that. Not 'okay.' Like the movie goes. Either way, I don't really remember how the ending goes. Both sayings is fine by me.

But I really liked that Anne Frank's place and Amsterdam. :) A real highlight in the movies. I bet Shailene and Ansel enjoyed that trip. HAHA. Okay. I'm going to make a 'crying' topic, because for this movie, it is necessary. It's like part of the movie.

When I read the book, I actually didn't cry. I knew someone was going to die. Actually, I was really sure Hazel was going to die, cuz she started off like "Okay. I have cancer." But, as you might know, I was in for a surprise. I just didn't cry. Because towards the end, I kind of knew.

Watching a movie is different. It's like you're seeing it straight in front of your eyes. Maybe reading a book is like that too. Maybe I don't have enough imagination. But that's true. I cry so easily for books. Okay. Maybe throughout the whole time I was reading TFIOS, I was thinking 'This book is overrated' because everyone, I mean, EVERYONE was telling me to read it. And people are either saying "BEST BOOK EVER WRITTEN" or "This is overrated". So I kind of went with the "This is overrated" kind of attitude.

Not a good thing. But I guess it was better than I expected. At the same time, I really can't say best romance story of the century or something.

Okay. To the movie. When I was watching the movie, I obviously knew everyone that's going to happen, so I was like "Okay. I'm not going to cry." Then, of course, that didn't work. Because tears still came. And I totally wanted to cry. BUT THEN, my cousin kept on asking me "Are you crying yet?" or "Are you going to cry?" And that just TOTALLY ruined the moment. It's actually kind of embarrassing to cry in front of people. Plus, I was trying to pay attention to the movie. Ugh. SO, I did have tears in my eyes, but I didn't cry.